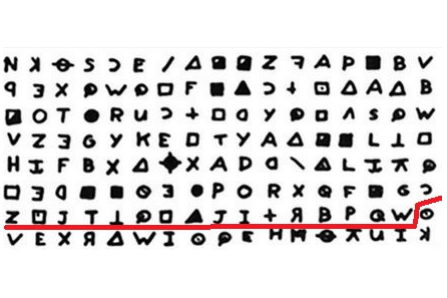 “I will not give you my name because you will try to slow down or stop my collecting of slaves for my afterlife… Ebeorietemethhpiti.”

This is the end of the last part of Zodiac’s 408-cipher decrypted by the Hardens in the summer of 1969.

“Ebeorietemethhpiti”…. what do the last characters mean?

I think I was able to find the answer solving the anagram with the rare and obsolete “paradice” used by Zodiac as keyword. The solution is:

Method
A number from 1 to 8 must be given to the 8 letters of “paradice” depending on their collocation in the alphabet (A = 1, second A = 2, C = 3…). In this way, the sequence 71824635 is obtained.
The numbers indicate the order to follow for the transpositions of the anagram. So, you have to look at EBEO… starting to solve the anagram by placing the seventh letter as the first of the solution, then the first letter as the second one, then the eighth letter as the third one etc. Each time the sequence ends, you have to reuse it again.
The result I obtained is in the left column of the diagram above.

At first, I thought I was wrong. Went ahead, the phrase “I’m the hit” became visible in the second and third lines.
Did Zodiac want to complicate the solution?
So I transposed the first line of the solution again using the key “paradice”. The result was: “eerebito”.

“Eereb” looked familiar to me. There were some reversed words in the last part of the Z340 cipher solved in 2020. So I read “eereb” backwards. It became “beree”.
“Bere e” means “drink and” in Italian, with the verb in the infinitive form.
Therefore, the anagram of the last words of the Z408 obtained using the keyword “paradice” is: “I [bere e] drink and tope I’m the hit”.
“Hit” as short for “hit man”? Or “hit” in the sense of “successful”? Perhaps Zodiac was deliberately ambiguous here. Maybe, he intended to allude to the hit of the spring of 1969, “Aquarius-Let the sunshine in” by Fifth Dimension, which I employed in the decryption of his name.